Juli P. Murray - February 12, 2020
0
India’s spirit lay in the green fields and the huge cinema halls. Just as how pure art in cinema conquered every citizen from the... 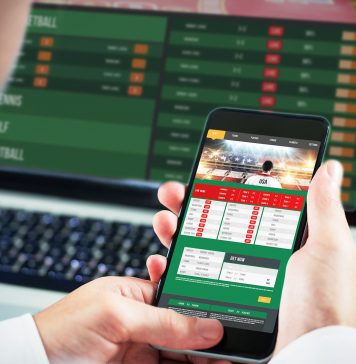 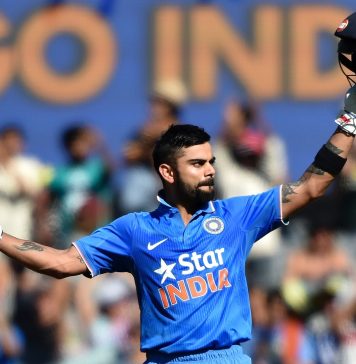 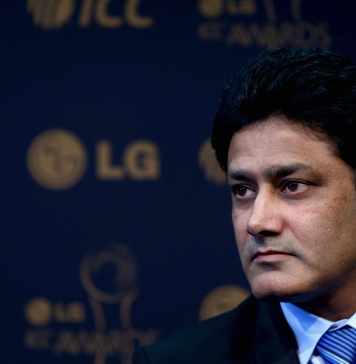 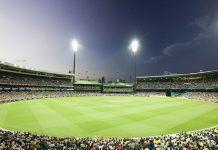 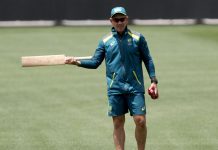 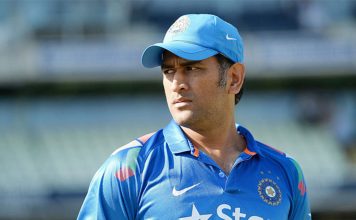 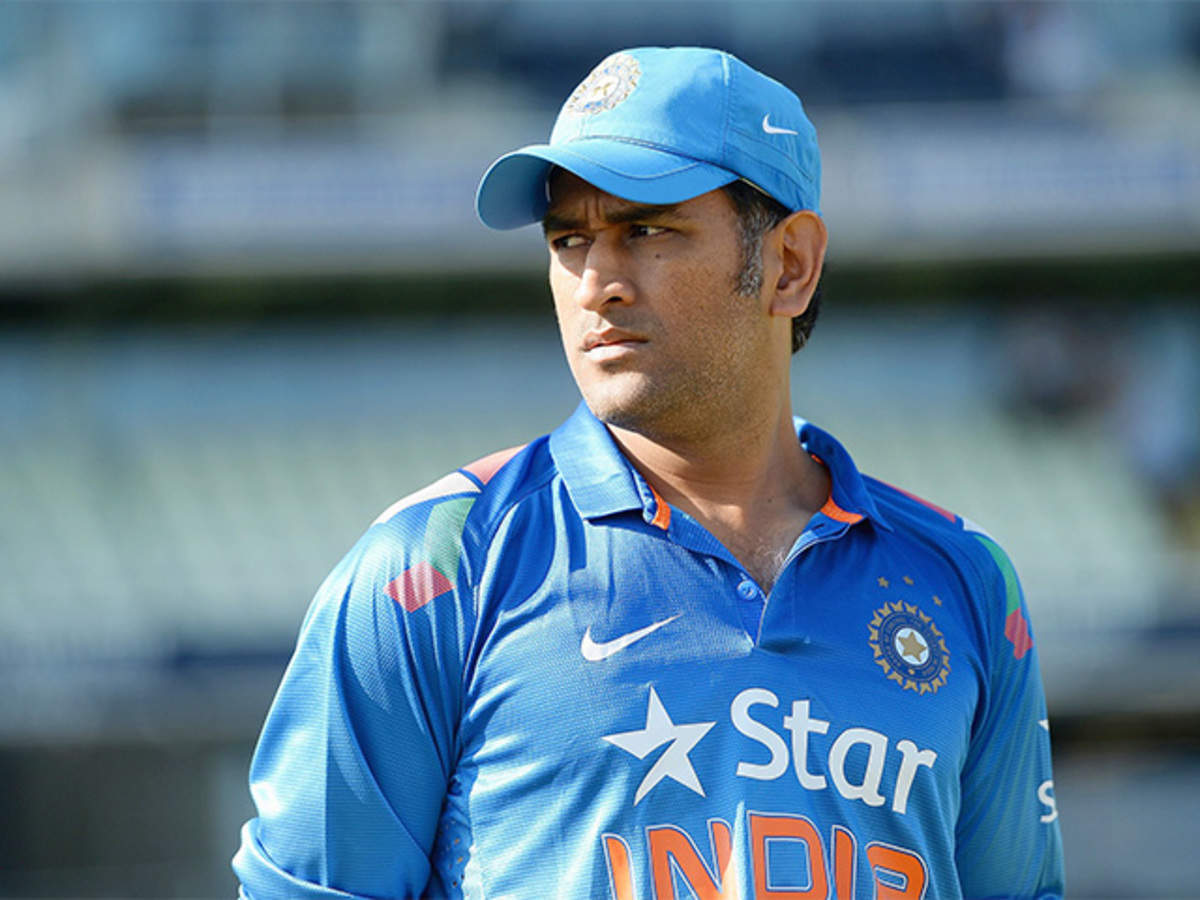 India’s spirit lay in the green fields and the huge cinema halls. Just as how pure art in cinema conquered every citizen from the country, the sport of cricket also grew to play a significant role in keeping the Indians actively alive. Fanaticism and admiration are different, both of which have made positive and negative waves in the country. But those fans who follow every step of their idols into glory keep track of even the trivia. Some may disapprove of the act of delving deeper into the lives of these celebrities. Cricketers in the country have diligently earned money worth filling three whole banks with cash; there is no denial. Envy for these celebrities based on their affluence or fame has never been the fad of these fans, but getting to know more about all of these is. Here is the list of the top 5 richest Indian Cricketers as per net worth.

Victory has never been a far-fetched dream for the men in blue with MS Dhoni at the wheel. The man who is said to be the best captain in the history of Indian cricket is not only the cool and calm leader but also one of the best players that India has had in the past two decades. Adverse situations in the game have never put the man down but only prompted him to play with a better strategy and take the boys to triumph. Captain Cool’s net worth is reportedly a whopping $150 million. Endorsements with Reebok and Pepsi back the income from the game to shoot up the player’s financial soundness.

God wouldn’t be an unideal term to describe this man. The sport has seen no bigger legend than him; stepping into the field to take the game to an unprecedented height of victory. This 46-year old record holder of having the most number of centuries in both ODIs and Tests is the second richest with a present income of $120 million.

Hearts all across the globe have been conquered with that charming smile and attitude. The team is expected to grow stronger with the fitness freak captain Kohli to lead them. This man earns a good fortune of about $92 million at this young age of 31, both with his skills and killer looks.

Astuteness was the attribute that most people loved about this man when he was playing for the team. At the point where match-fixing scandals were dooming the Indian cricket team, Dada was the saviour of the team from falling into the dark abyss of disgrace. Currently, he coaches a few IPL teams and is the President of the BCCI, all of which brings him significant riches. His net worth is recorded to be about $55.5 million. 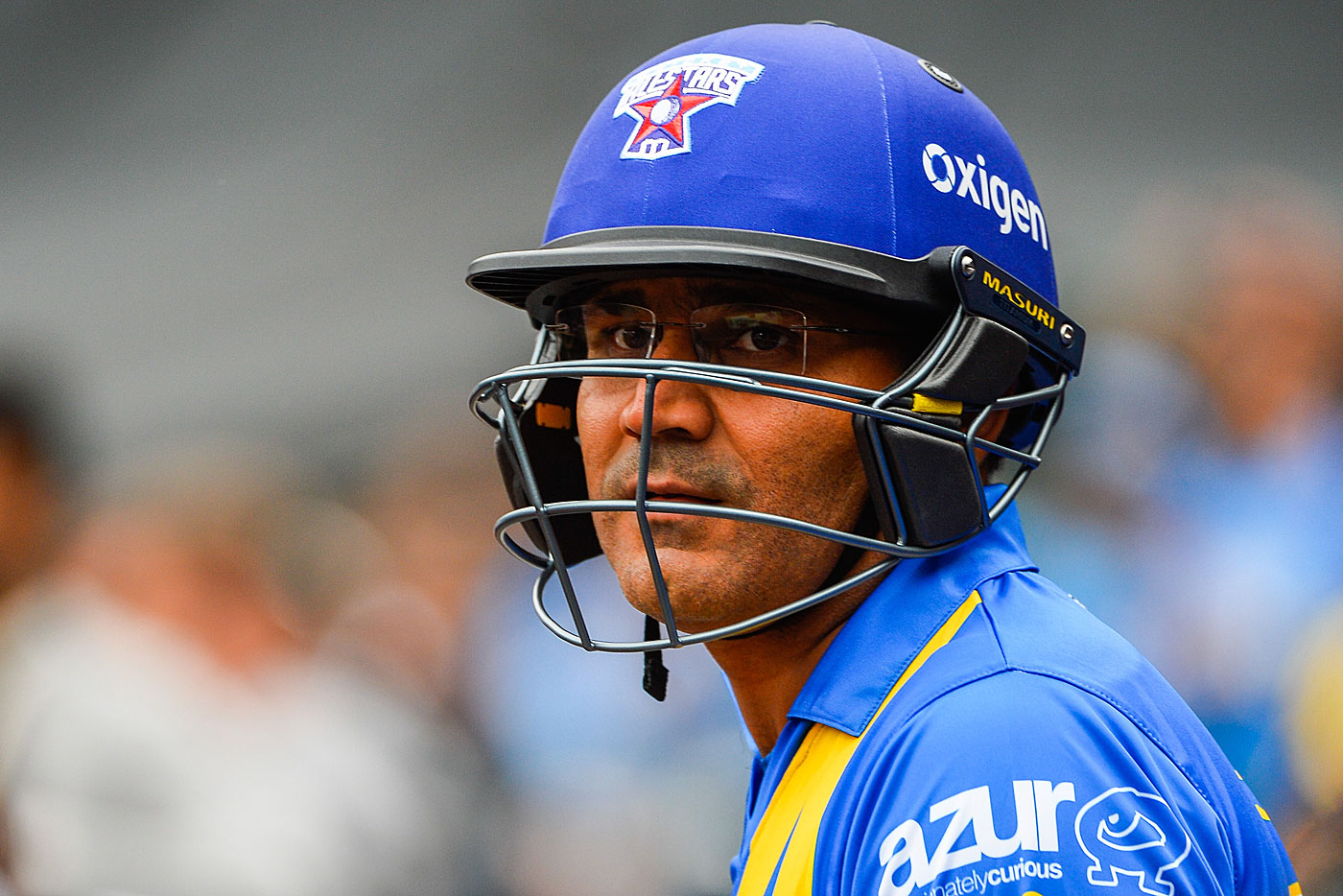 The golden era of Indian cricket witnessed smashes by this man flying to victory. Viru is one of those two batsmen who have passed the massive number of 300 twice in Tests. With the current endorsements for Adidas, Boost, and several mobile brands, the net worth of Viru stands at about $40 million. 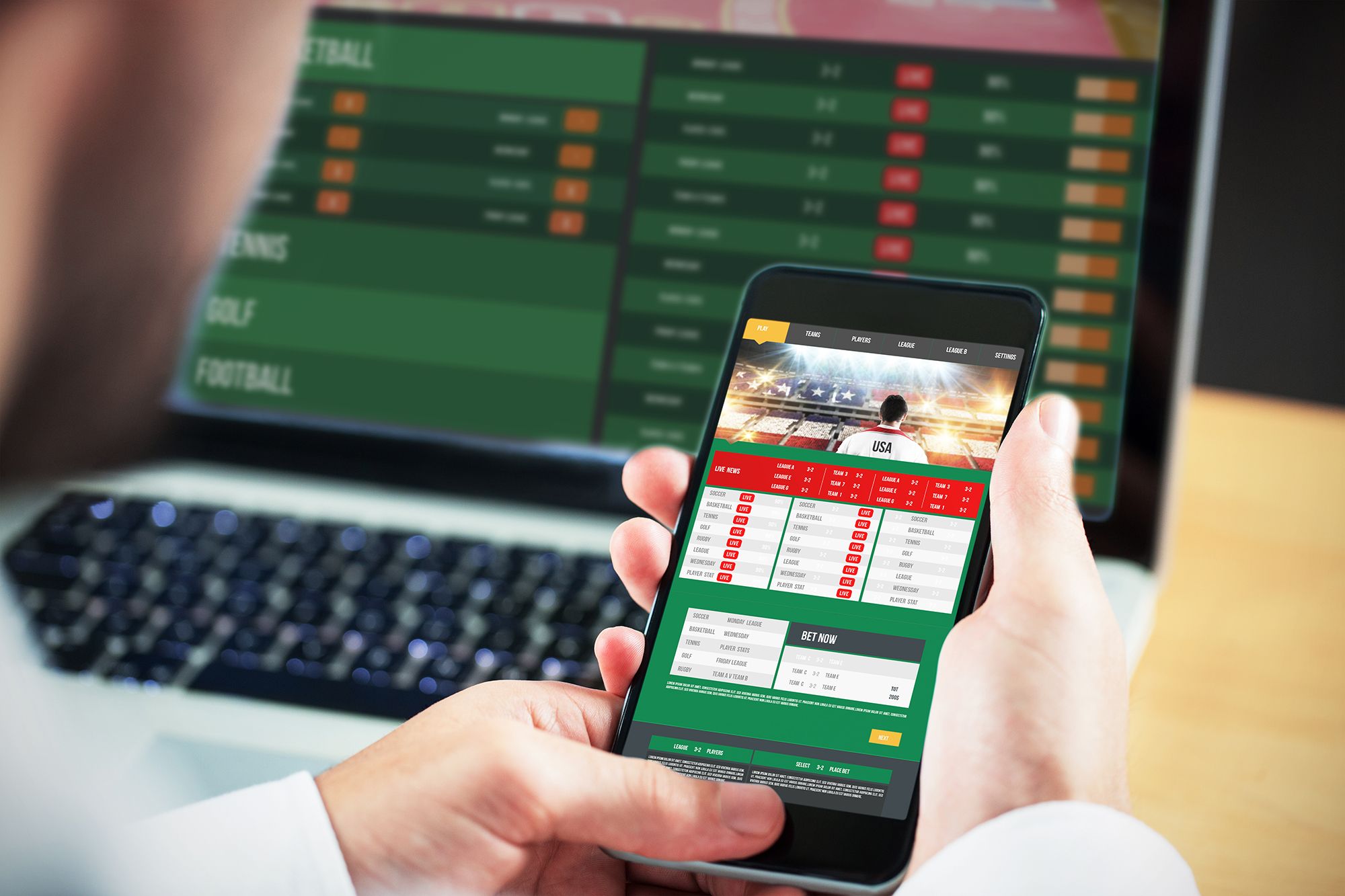 Cricket has never taken the backseat of fads; it has always been the face of it. This sport gave birth to legends and idols in India as no other sport did. Enjoying the game has never been confined to the concept of watching it for the players’ performance but has expanded to being the sheer experience of making money while keeping track of the game. Cricket betting is not a novel idea or practice, but it has undoubtedly evolved. From those money raking counters and local bettors, wagering has stepped up into digital platforms. Several sites are now providing the viewers with the opportunity to bet over a player or the game’s outcome. The list of best cricket betting sites will guide you through the websites that are both reliable and reputable.

Making a bet on cricket couldn’t be any simpler and user-friendly than the one provided by 10Cric India. Navigation on the site is a piece of cake with a robust interface that has the menu displaying the cricket market. Creating an account on the website is obligatory to place bets on all sports including cricket. Bonus offered by 10Cric India is about Rs.10,000, which makes betting a more exciting affair. They have been ranked as the leading site because of the eclectic choices for placing cricket bets such as IPL, test matches and ODI with the live streaming option. Everything from adding funds to finding the best cricket market is easy in 10 Cric.

Nothing about this site is even remotely disappointing. The wide range of markets, scintillating visualisations, and a bonus amount of Rs.2500 make Betaway the ideal site for bettors. All the latest cricket games and their live updates are available here. Live betting is made possible by providing the scorecards and stats for every game.

The 1xBet site comes with enhanced convenience, which include the easy accessibility of the games to bet in the main sports menu and an excellent mobile sportsbook. Customers are given impressive bonuses, which you receive by signing up into the bookmaker. Since it is available both as a desktop site app and mobile app, bettors are quite convinced with its design. It covers all the important tournaments and matches within various sports. Both in-play betting and cash out betting are allowed on 1xBet, thereby doubling the fun.

22 Bet is the latest entry on this list as it was developed only a few years back, and it has been budding to excellence ever since. Every avid bettor needs to look out for 22 Bet as it has the potential to rise to hit the top position in a short time. They also come with the options of betting from both desktop and mobile apps. Promotions and bonuses offered by the site are most likely to attract more customers. Since it is in its growing stage, no vast ranges are available for the lesser matches/events. 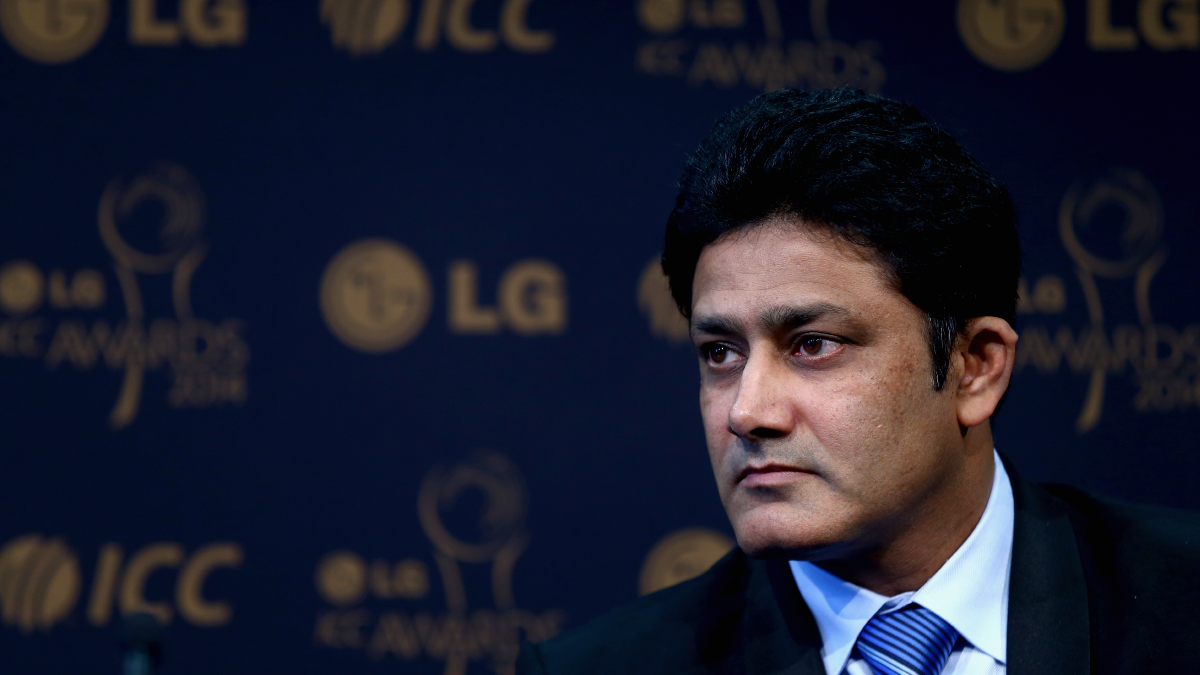 Cricket garnered popularity like no other sport in India; so did all the players. Having placed all these players on pedestals of glory to be idolised and admired, most of these fans forget to attribute enough credit to the coaches that led the team to victory. All competent coaches paved the long and rough path to the top position that the team has achieved in the past decades. Although praises for success rushed to the players, due credit for the coaches was given in the later stages. Fans have grown to follow the training methods and techniques that the players are guided with during the preps. Here we are looking at the coaches that have contributed immensely towards the team’s current eminence.

One of the most fruitful decades for the Indian cricket team started with the sordid episodes of match-fixing accusations. When Mohammad Azharuddin and Ajay Jadeja took the team’s reputation down the rabbit hole, two other legends stepped into the arena to purge the disgrace that entailed with the name of the country. Sourav Ganguly slid into the shoes of the captain when John Wright led the way as the coach. He was the first foreigner Indian cricket team coach who teamed up with Ganguly to bring about significant changes to the lineup. As the budding talents like Yuvraj Singh, Virender Sehwag, and Zaheer Khan were brought upfront, the team started tasting success like never before. The team broke Australia’s streak of wins under the tutelage of Wright. He also helped them through the initial hurdles to the biggest achievement of reaching the finals in the 2003 South Africa World Cup. 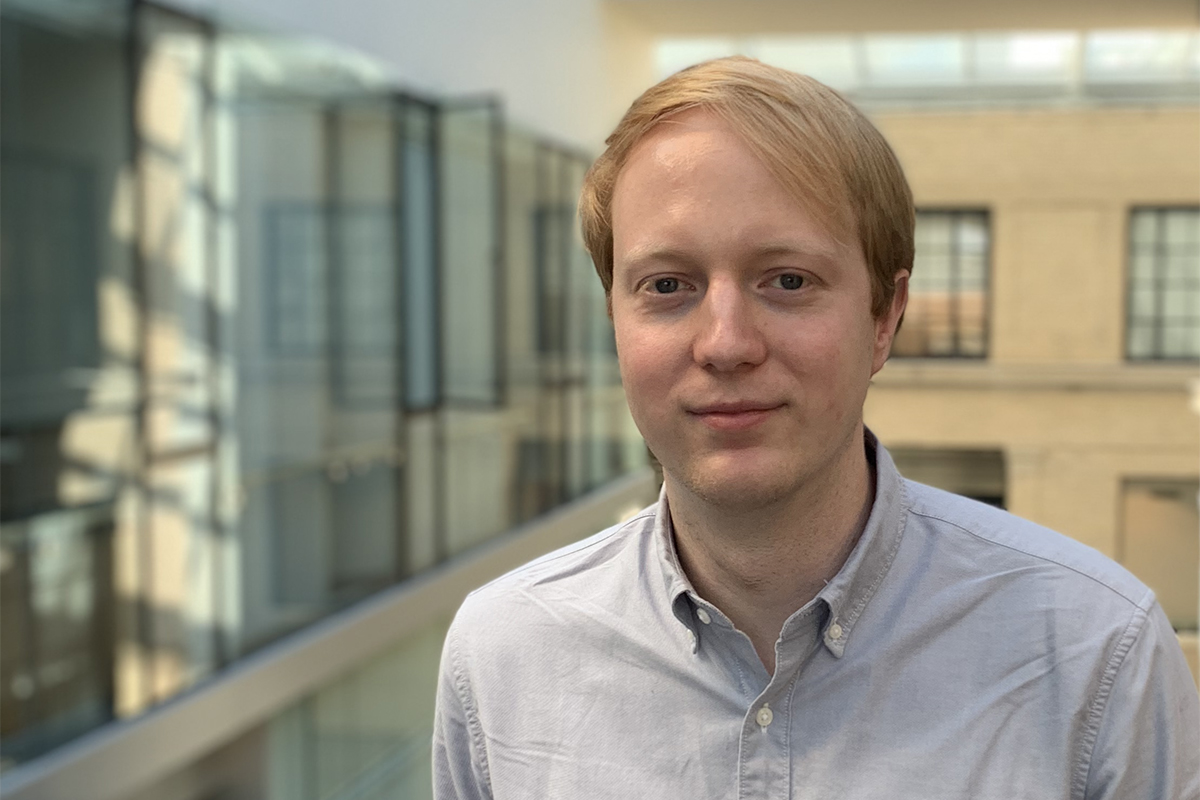 The debacle that the Indian team witnessed at the 2007 World Cup led to the resignation of their coach Greg Chappell. Strength and victory became constant companions of the team after Gary Kristen stepped into the mess. As players like Virat Kohli, Suresh Raina, and Rohit Sharma rose to fame and reputation, Gary capitalised on their skills to take the team to unprecedented heights. Victories under the coaching of Gary Kristen include the Test series against New Zealand, 2 Test series against Australia, and the biggest of all-the 2011 World Cup. The bond that Gary and Dhoni shared did indeed help the team as a whole to strive towards glory. 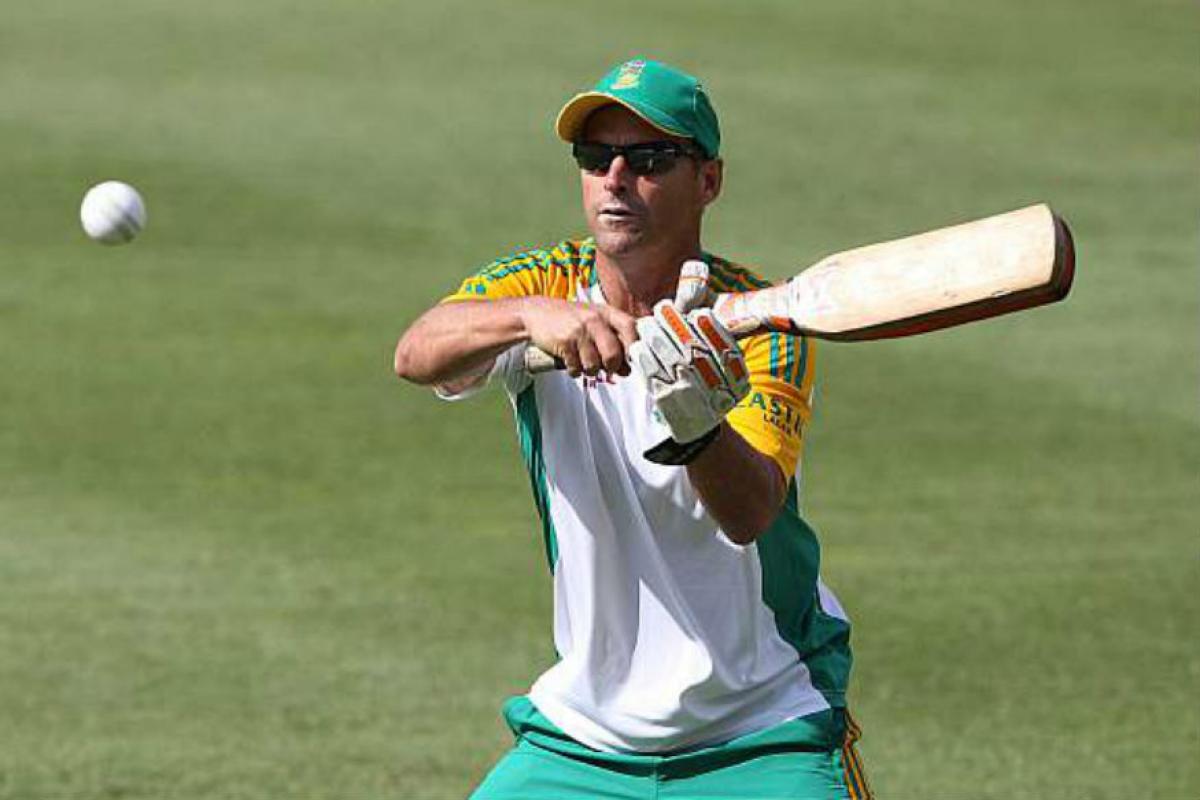 The former Indian cricket player who was a legendary bowler had no much time to prove his efficiency as a coach. But he moulded a team with all the resources he had to make them stride to significant achievements. Kumble’s entry took the team on a winning streak in the ODI series. The only countries to defeat the strong team in those years were West Indies in the T20 series and Pakistan in the 2017 Champions trophy finals. If not for the abrupt resignation of Kumble, the team would have tasted more successes to being the unparalleled team in the forefront.